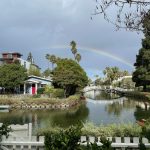 When Manchester City beat Watford in the recent FA Cup Final, I probably wasn’t the only one to  notice the reaction of Pep Guardiola, the City manager, as the fifth and then sixth goals went in. His head was in his hands. Was it embarrassment… or was he humbled by what his team had done for him?

And then, amidst the champagne, streamers and fireworks, as the victorious players held the trophy aloft and then ‘dancing’ in the way only professional footballers can, he simply stood back, watching. A time to let his team have the glory and the honour. ‘Hey, look at them, not me,’ he seemed to say. A sign of leading from within. A sign of humble leadership.

While we might long to see more humility in our political leaders, let’s consider another example of this exceptional gift.

A recent study of seven successful CEOs found they all identified a common theme: vulnerability. ‘Vulnerable leadership is humble leadership,’ wrote Catherine Llewelyn-Evans. ‘Able to acknowledge its own temptations, frailties, and limitations, it will not set itself above others, nor stand on its own importance (for example, when Jesus lays aside his robes to wash the disciples’ feet [John 13])… It is a kind of leadership which — released from its need to posture or impress — gives others permission to be vulnerable, and releases them from fear or guilt.’

Or as John Baldoni put it, ‘Humility is an approach to life that says, “I don’t have all the answers and I want your contribution.” Humility is… the acceptance of individual limitations.’

Humility is grateful for those contributions and expresses that gratitude. It also embeds the ability not just to say ‘I got that wrong’ but also to climb that sometimes elusive next step of ‘You were right.’

In the well-established daily pattern of readings from the Rule of St Benedict (reflections on which are in the book Life with St Benedict) on the day this post is published, 26 May, there begins a series of readings on Chapter 7 – a chapter which is all about humility.

In this longest chapter of the Rule, and using the imagery of a ladder, St Benedict helps us take steps towards what he calls ‘the highest summit of humility’.

Using paraphrases of what he wrote, let’s climb the ladder together, shall we…

Joan Chittister writes that this chapter on humility ‘does not say, “Be perfect.” It says, “Be honest about what you are and you will come to know God.”’

Humility in leadership – or any other aspect of life, for that matter – is an approach, a gift, which enables us to shout, ‘Hey, look at you!’ not ‘Hey, look at me’.

A month after she took early retirement in 2014, Christine was diagnosed with cancer. A couple of years later she rendered me speechless by asking if I would take her funeral. The greatest honour there is. To accompany someone and those who love them on that final journey. Just over two weeks ago Christine died. And today I took her funeral.

Christine demonstrated many of those attributes of leadership that I considered in the previous blog. She led from within. She accepted questions, doubts and mistakes. She listened, taught, affirmed and, yes, corrected – you always knew where you stood with Christine. She did lots of things we never knew about and equipped people to do even more. Christine was in it for others. It was an honour to have known her.

By her own admission, Christine was an atheist. As mentioned last time, Christians don’t have the monopoly on good attributes and good works and what I, and many others, saw and received from her was both humbling and honouring.

In the New Testament there are two letters written by the apostle Peter. In the first one he advocates that we are to ‘honour everyone’ (1 Peter 2:17) and quoting from the Old Testament book of Proverbs, ‘to clothe yourselves with humility in your dealings with one another, for “God opposes the proud, but gives grace to the humble.”’ (1 Peter 5:5; Proverbs 3:34).

We’ll explore the attributes of honouring others and humility in some posts in the New Year. But for the moment as John Baldoni put it, ‘Humility is an approach to life that says, “I don’t have all the answers and I want your contribution.”’

It was the farewell lunch for a long-standing employee. It had been a difficult few years. Change and uncertainty. Redundancies. A pensions black hole in to which the business was falling. Restructure after restructure wrought havoc among the team. It wasn’t simply that they lacked leaders – it was also that some decided not to follow. Returning for the occasion, the former Chief Executive, whose success had been measurable, spoke fondly of the good days: “A time when all the noses were facing in the same direction.”

“Different people have different definitions of leadership,” said former United Nations Secretary-General, Kofi Annan. “I believe that leadership is not about the individual. When you have macho leaders who believe that they have to shine and it all has to be about them (they are) forgetting that what is required is the welfare of society and the people they serve.”

As Methodist Church leader and Human Resource specialist, Janet Arthur put it: ‘While it (is) necessary to have vision, passion, make firm and decisive decisions and ensure (others) do not suffer… It is equally important for a leader to demonstrate nurture and care for their people so they remain motivated and willingly come along with (them). Different leadership approaches may be suited to different people and issues… leadership has to have a purpose; and a key part of the leader’s role is to work out which approach will best enable them to drive positive change.’ (Parenthesis mine)

The classic Biblical image of a leader is that of a shepherd. In some countries, the shepherd goes in front of the flock and the sheep follow. Each shepherd has a particular sound they make and the sheep recognize and respond to that call. Elsewhere, the shepherd drives the sheep from behind and they may have one or two dogs to help. In a sense we need both types of shepherd. Both types of leaders. We need people who will lead from the front: bringing ideas and a vision of where we are going. And we need those who lead from behind, encouraging us to move forward. And yes, we need a dog or two – people who will keep us together. People who help to keep our noses facing in the same direction.

But there is a third type of leader. The one who leads from within.

We see this in Jesus. Jesus’ ministry was a collaborative one. He called people to be part of it – to follow him. He led a mixed bunch of people – not just the core team of twelve disciples but others such as Mary Magdalene, the siblings Martha, Mary and Lazarus, Joanna, Susannah and Salome. Numerous men and women followed his leadership, sometimes at risk to themselves, like the high-ranking Jewish leaders Nicodemus and Joseph of Arimathea.

Jesus was a leader who saw potential in people. He accepted their questions and doubts. He knew they would make mistakes. He taught them. He listened to them. He affirmed them. He corrected them. Instead of doing everything himself, he equipped others to do what was needed for the purpose of his work. There was a humility in Jesus’ leadership. His leadership wasn’t about himself. His leadership was about bringing glory to God and enabling people, everyone of us, to experience God’s love in all its fullness.

Christians don’t have the monopoly on good attributes and good works (indeed there are some churchgoers in whom you’d be hard pushed to see a connection between belief and behaviour) but in Jesus we see a role model for leaders.

It can’t be that difficult, can it?

There are leaders and managers who display those attributes and plenty of them. Next time, I’ll tell you about someone who was such a leader.