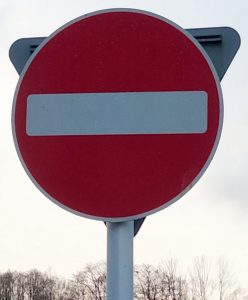 ‘Your writing is clearly very strong, and I thought it was a compelling novella…I hope you persevere, because I could see this doing well for someone!’

As far as rejections go, that was a very acceptable one.

Two manuscripts have been doing the rounds of publishers over the last year. One, a follow up of sorts to Life with St Benedict called Finding Stability in Times of Change (a pretty apt topic for current times, even if I say so myself). The other, the aforementioned novella (longer than a short story; shorter than a long one) Looking to Move On: a story of hope overcoming adversity.

Publishers have their preferences and plans (the ‘list’ as it’s often called) so rejections are not usually personal. All the same, I’ve been reminded of a Morecambe & Wise sketch in which the latter takes on his character as a playwright. A magazine journalist visits and Eric says to her: ‘You know that he can’t write. I know that he can’t write. He thinks he can, and that’s good enough for me.’*

Sometimes I’m tempted to think that’s what others feel. Actually, I do know it’s not but it’s hard not to take rejection personally, isn’t it?

In nearly 40 years of helping people to find work, one thing always sat uncomfortably with me: I myself have never been unemployed. In pre-email days, clients would come in carrying folders full of rejection letters. Others never even received an acknowledgement: silent rejection stings too. Employers have their preferences and plans, so in most cases it wasn’t actually about the person themselves. (Although it requires time and wisdom to know when to say to someone, ‘Maybe we need to think about this differently…’)

You  may have experienced rejection in the year that’s just ended. You may do so in the months to come. Whether aspiring writer or jobseeker, lover or colleague,  the harsh realities of rejection are just that: harsh realities. And within such times, we all need people alongside us saying: ‘I think you can’.

There are often hidden stories behind the behaviour of others which lead to us feeling rejected – it’s not always personal. Jamie Stodola writes about the importance of ‘giving yourself grace’ and to remember who you are. My friend and fellow author, Joe Fisher described coping with rejection as ‘disconnecting between what I do and who I am.’

All the same, it’s easy to dwell on the situation and allow unhelpful (and often untrue) inner thoughts to chip away at us. It’s okay to feel the pain but if that becomes all-consuming, or even if only partly, then it’s important to not reject those who seek to help us.

While human rejection is sometimes painful, such experiences can ultimately bring with them the knowledge that God has something, or someone, or somewhere, better in mind.

Quoting from the Psalms, both Jesus himself and the apostle, Peter talk of Christ being ‘The stone that the builders rejected.’ And how that stone ‘has become the chief cornerstone.’ (Psalm 118:22; Matt 21:42 et al; Acts 4:11).

Jesus himself was rejected by many but he became the chief cornerstone for our lives: ‘This is the Lord’s doing; it is marvellous in our eyes,’ as the psalmist continued (118:23).

You may like to think back to times when you felt rejected but ultimately saw that God had a better plan. Times when God said ‘I think you can – and that’s good enough for me.’