Published by Richard Frost on 16 August 2022

A friend has come to stay. We first met in 1988 when they wrecked my life.

Since then, we’ve met just once, a few years ago. So it was a surprise to meet them again, if I’m honest. But there again, given what happened, perhaps it wasn’t.

The very first time, I didn’t know what was going on. They arrived unannounced and were unwelcome. The impact was so great I had several months off work. Other aspects of life were cancelled, cut short or postponed, not least of which was one of the most important things I have ever done. Plans and hopes were replaced by uncertainty and fear.

After three years, they eventually moved on only to return nearly two decades later. The impact was less but they stayed for longer – seven years this time.

And now they are here again. Unannounced. Unwelcome. The impact is significant – not as bad as first time, it has to be said, but worse than the second visit.

The fear was strong but short-lived, although the uncertainty remains uncertain. Some plans have been adjusted and daily living accommodates this friend’s propensity to increase the cost of energy. One of the impacts is that my trusty FitBit has almost gone back to where it was a few years ago.

I don’t know how long they will stay for but I am grateful I can draw on those past experiences. I now know how to manage the cost and the impact. I’m the one in control but that doesn’t always make it easy. I am also comforted in the knowledge that chronic fatigue is common for others post-Covid too.

And I call this illness ‘friend’? Like Jesus called Judas in the garden at Gethsemane?

Friend is not a word I would have used in the past – or even thought of doing so. But those experiences have taught me many things. 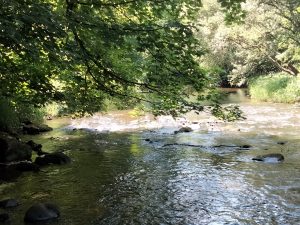 Firstly, the importance of rest (it’s no coincidence that this blog takes that word as part of its title). So many people do not develop a habit of resting (not unlike me those 30 or so years ago). Rest doesn’t just mean doing nothing: it may mean doing something that is relaxing or fulfilling or refreshing in nature. Resting recharges the energy supply.

Secondly, pacing. Mahatma Gandhi said, ‘There is more to life than increasing its speed.’ It’s very easy to lull oneself in to false sense of superiority by always working or never stopping. Always seeking to avoid the ‘emptiness’ of having nothing to do. Someone recently told me how they felt like a rechargeable battery which was lasting a shorter and shorter time. Pacing adjusts life to suit the amount of energy available.

Thirdly, the Psalms. I first really began to encounter the wisdom of the Psalms in that first period of chronic fatigue/ME. The Psalms speak of human emotions at their most vulnerable and despairing and at their most hopeful and joyful.

The Psalms also speak to us of what God has done. The psalmists (David and many others) regularly write about God’s faithfulness and how God blessed or brought them out of trouble. Maybe take some time to look at some of them.

Consciously bringing to mind what God has done in our lives is so crucial to weathering times of difficulty.

Do also take a look at richardfrostauthor.com