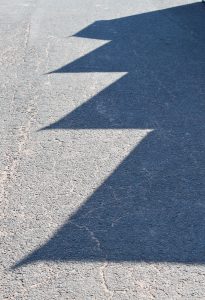 For many people, the only way they know they’re doing a good job is when they’re not being criticised.

We Brits aren’t that good at giving praise are we? But having had a recent rejection, I have been very touched by the many congratulatory comments received in the last few days that my debut novel will be published in October. Called Looking to Move On, it’s a contemporary story of loss and love and hope.

But of course what will ‘the critics’ say? What will the book reviewers write? (Being one who writes reviews I know what I may be letting myself in for!) No doubt I will pick out the negatives and let them niggle away at me rather than focus on the positives (assuming there are some!).

It seems somewhat ironic that I have chosen to write this post about coping with criticism because I myself am not much good at it. (Although, like many, I have learnt a lot from criticism that is constructive and helpful.)

In what turned out to be my last ever interview for paid employment some 20 years ago (I have had one more recently for voluntary work), I was asked what one of my strengths was. ‘I will always admit to my mistakes,’ I replied. Without wishing to sound arrogant, I do – when it’s clear that I am in the wrong.

However, those who know me may know that if the criticism is inaccurate or unsubstantiated I can also defend my position and quote chapter and verse on why they are mistaken!

Now that’s fine if it’s something to do with a task or a miscommunication, for example. But when it’s more ‘personal’ then that’s when the criticism, especially if it’s not in the least constructive, hurts. And hurts a lot.

Such non-constructive criticisms can hang over us like a shadow, can’t they? We might end up not doing or saying particular things just in case it happens again. Some criticisms may dent our confidence for years. Others lead us to believe we’re going to be criticised for something even before we do it. We can read between the lines and make the space a negative one. Dealing with those who make criticism a speciality is especially difficult and demoralising.

Leon Catello reflected on common responses to criticism: ‘Do you feel resentful? Do you seethe inside? Do you think of all the excuses you can? Does it keep you awake at night?  Do you endlessly re-run the conversation in your mind? (and perhaps like me you always seem to win the replays!)…’

Ronald Franklin suggests there are three types of criticism:

But it is also true that criticisms are not the whole truth about who we are in the sight and in the love of God.

In this season of Lent, this site has some films and stories you may find helpful.